All about Punjabi cuisine

You are here: Home / Blog / All about Punjabi cuisine

Punjabi cuisine is associated with food from the Punjab region of India and Pakistan. This cuisine has a rich tradition of many distinct and local ways of cooking. One is a special form of tandoori cooking that is now famous in other parts of India, UK, Canada, and in many parts of the world.

The local cuisine of Punjab is heavily influenced by the agriculture and farming lifestyle prevalent from the times of the ancient Harappan Civilization. Locally grown staple foods form the major part of the local cuisine. Distinctively Punjabi cuisine is known for its rich, buttery flavours along with the extensive vegetarian and meat dishes. Main dishes include Sarson da saag and makki di roti.

Basmati rice is the indigenous variety of Punjab and many varieties of rice dishes have been developed with this variety. Many vegetable and meat based dishes are developed for this type of rice. 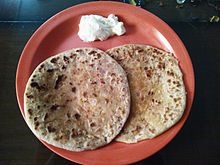 In upper Punjab Pakistan the Lahori Katlama is famous for the breakfast as well. 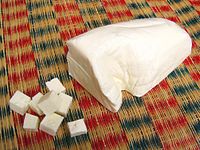 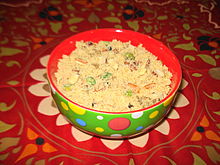 Punjabis eat a variety of Breads. Flatbreads and raised breads are eaten on a daily basis. Raised breads are known as khamiri roti. Sunflower and flax seeds are also added in some breads occasionally. The breads may be made of different types of flour and can be made in various ways: